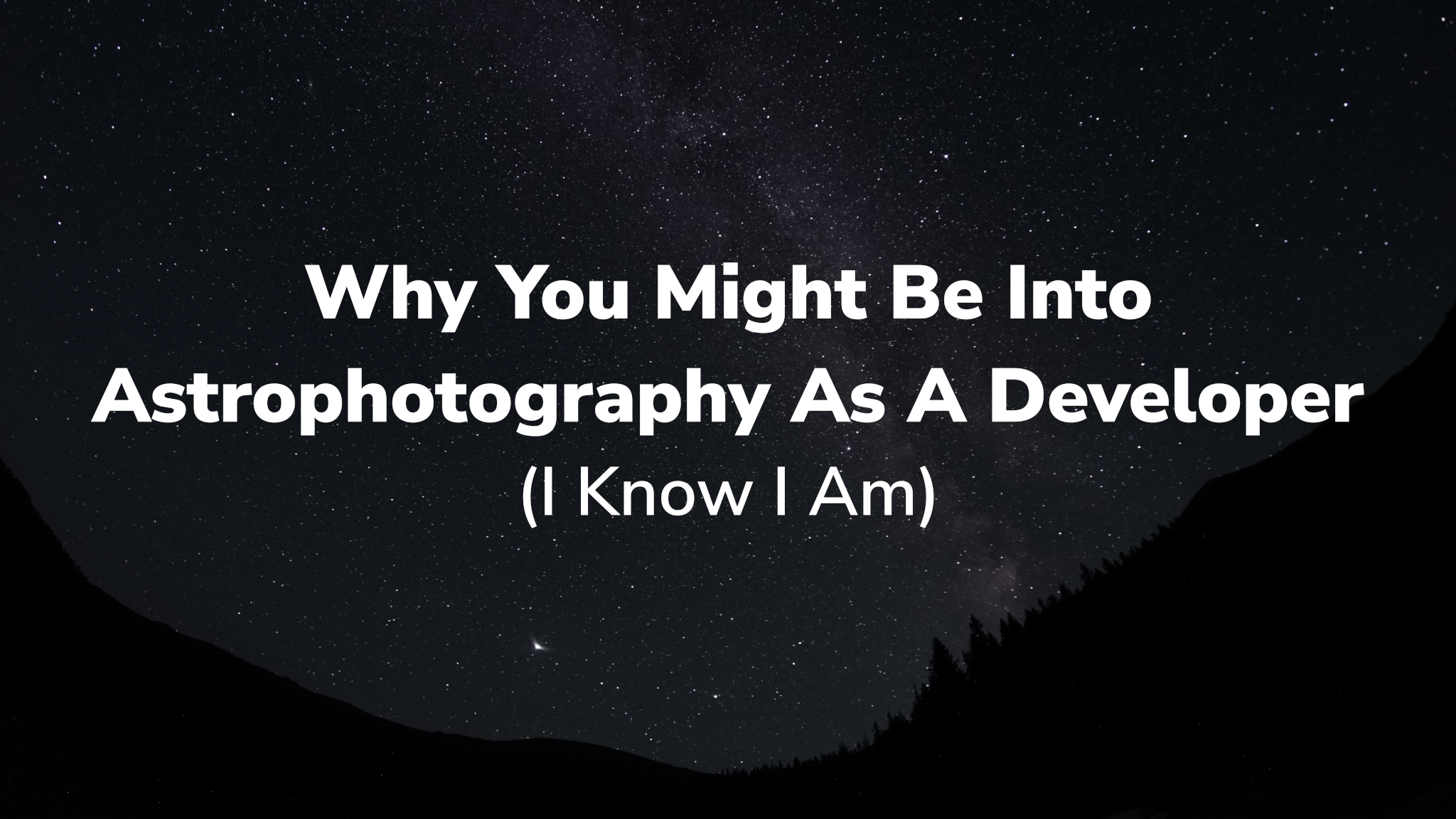 Yeah, you’re a software developer. You write code. But that doesn’t mean that’s all you do! As a software developer, you have so many transferable skills that can be used to improve your hobbies and passions—in fact, I’d argue that your job requires some of these skills anyway. So let’s go over some ways you can use the skillset of a software developer in other areas. These areas can vary from hobbies like photo editing, 3d modeling to photography or any other form of digital art. I had the chance to experience all of the above, but I was drawn into astrophotography. Why astrophotography, you might ask. We can all agree that generally speaking, photography is a form of art.

I was never an artist, but I always wanted to be one.

When I heard About Astrophotography, I Was Immediately Drawn To It

The art of taking photographs of the stars and the night sky has been around for a long time. It’s also an exciting hobby that can become a passion if you don’t approach it with a little caution!

There are many different types of photography that use darkness or light to create images with unique effects, but astrophotography is unique because it combines several photographic techniques into one (see below). Basically it is a form of art, but it involves quite a few technical aspects and the goal is to capture something beautiful, such as stars or galaxies in outer space. I think I was more drawn into the technical aspects of astrophotography as a developer (I’m an engineer, after all).

Astrophotography is the art of capturing the night sky. Astrophotographers will use a DSLR/mirrorless camera or telescope to take photos at night and then process them in post-production.

One of the benefits of astrophotography is that it can be done with a simple camera or telescope without the need of specialized equipment (as long as you have something to focus on like a bright sky object) though you’ll get better results if you invest in some specialized equipment for your hobby.

If you’re interested in learning more about astrophotography, we recommend checking out some resources posted at the end of this article. Let’s dive into action.

An astro-photo captures the night sky from a single/combined long exposure time of around 20 to 90 minutes.

Astrophotography captures the night sky from a long exposure of around 20 to 90 minutes. You can capture the light from stars, the Milky way or even the moon. To take great photos you will need a good camera and lens and also practice your manual settings (this involves a lot of trial and error). I like to use my Sony a7 II for astrophotography because it has great low-light capabilities, but any DSLR/Mirrorless camera would work just fine as well.

You can capture either a single exposure, or multiple exposure and stack them.

This method is great for capturing a single bright object with no interference from any celestial objects (like satellites,falling stars, etc) or any other objects that can pass the sky during the night (like satellites, airplanes, etc). It’s a great way of getting a good image, but it will only work if you have an object that is bright enough to appear in the photo. For example, during summer evenings when Jupiter is visible in the sky (if you live in the Northern Hemisphere), you can take pictures of it and they will be good enough for people to recognize that it’s Jupiter. If you wanna take a picture of the Orion belt, capturing a single exposure requires specialized equipment (like a star tracker to compensate for earth rotation). Otherwise, you’ll end up with a blurry image. Imagine looking through a telescope at Jupiter, if it has a big enough magnification lens, most probably you’ll be able to see how Jupiter leaves your field of view. That’s because the earth is in constant motion relative to all the other objects.

However, if your subject is too dim or faint, then this method won’t work! The reason why this happens is because even though there might be some light coming from your subject (for example: stars), most of its radiation has been absorbed by Earth’s atmosphere before reaching your camera sensor or film plate (or whatever medium used) and you’ll need to take a long exposure shot. We can both agree that long exposure shots (more than 1minute) and moving objects do not go well. You’ll get blurry images like the one below. However, there are ways to overcome this. In most cases you’ll end up taking hundreds of 30s-60s exposures. The next step would be to go through each single one and get rid of the ones that are blurry, or have any foreign objects (like airplanes, Musk’s satellites, or even fireflies).

How My Software Engineering Experience Helped Me With Astrophotography

Software engineering experience has helped with both my astrophotography and photography in general. The technical aspects of astrophotography require a lot of patience, perseverance, and trial-and-error. I’ve had to learn about the specific characteristics of my camera model, how to find dark skies off the beaten path (which is not easy), what kind of filters I should use for photographing stars and planets, etc.

Also, software engineering taught me how to build things from scratch. This is where the skills of a software developer come in handy- you can use them to build an app that displays all those stars as points, or an app that helps you to align your star tracker with Polaris (for the northern hemisphere). Luckily for me, there are free versions of all the apps mentioned above, so instead of creating an app that already exists, I decided to try building my own star tracker (which is how you do astrophotography as a developer). While it might sound fancy, building a star tracker is not that hard.

You need some metal plates, an Arduino/ Raspberry Pi, stepper motors, and basic physics/math/programming skills! For a detailed guide, PM me. I was mind blown when I discovered that a ‘star day’ has only 23h 54m and 6 seconds.

Imagine that you’re taking a look at the night sky at this very moment. Pinpoint where there is a specific star. That specific star will be in the exact same spot in 23h, 54m and 6 seconds because while the Earth performs a full rotation (that takes ±24h) it orbits around the Sun as well and it slights shifts to the right (or left if you’re on the other hemisphere). Unfortunately, I did not get a chance to use it, because I broke it like 3-4 hours before the nightfall (ooooops!), but it was still fun trying!

There are a lot of hobbies that software developers can get involved in. Some of these hobbies are things you might not think about when you imagine your average software developer. For example, if you are into cars, you can use your programming skills to develop new features for your car (keyless entry/one touch power windows). Whatever you’re thinking, I’m sure there are entire communities dedicated to.

Gear You Need For Astrophotography

I’ve been able to use my software engineering experience in astrophotography to help with my hobby, which is why I loved astrophotography as a developer. When I first started, I didn’t know how to use the controls on my camera or what settings worked best for long exposures of the night sky—or even why they were needed at all! But then I did some online research (another skill I acquired during my software developer career) that helped me understand how cameras work and how they can be used specifically for astrophotography.

These findings also taught me about different types of equipment like telescopes and filters, which have been invaluable in helping me capture better pictures. Now when I go out and shoot, I always feel more confident because of these lessons learned from programming languages.

I hope this article has helped you understand how simple it is to get started with a new hobby and put those software development skills into practice. Astrophotography as a developer is an amazing creative outlet, so try it out and let me know! 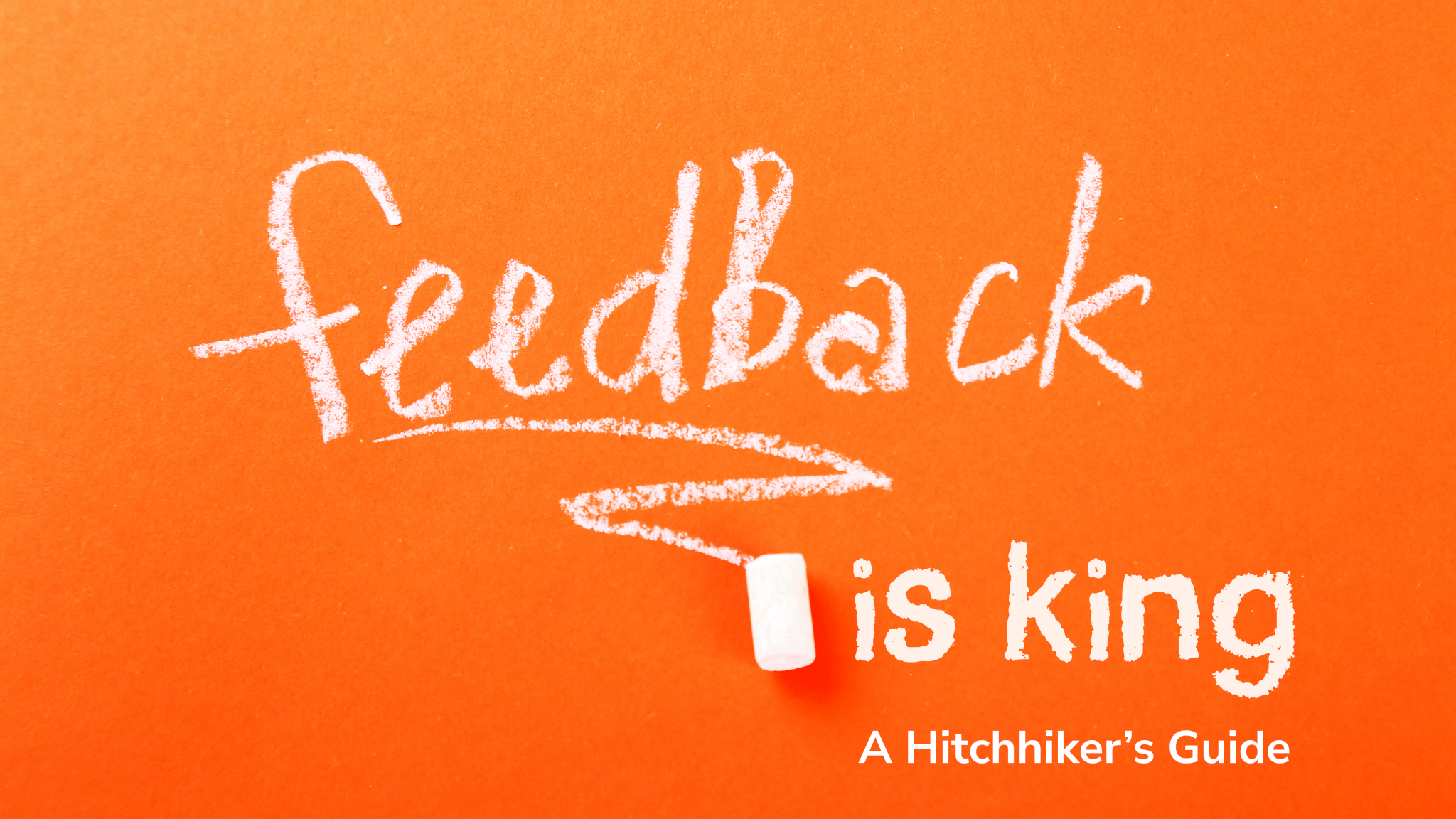 Feedback Is King. The Hitchhiking Guide 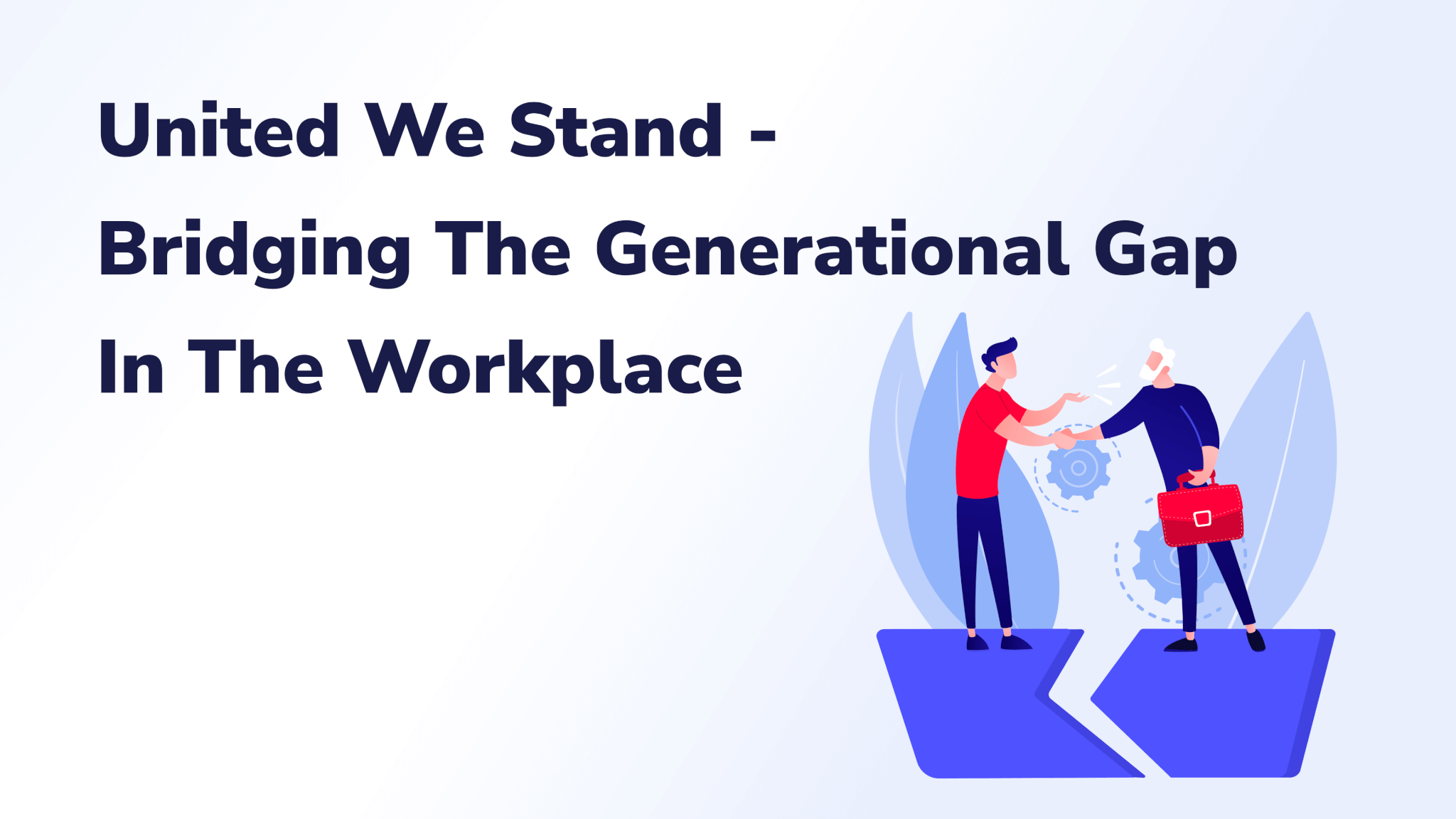 United We Stand: Bridging The Generational Gap In The Workplace